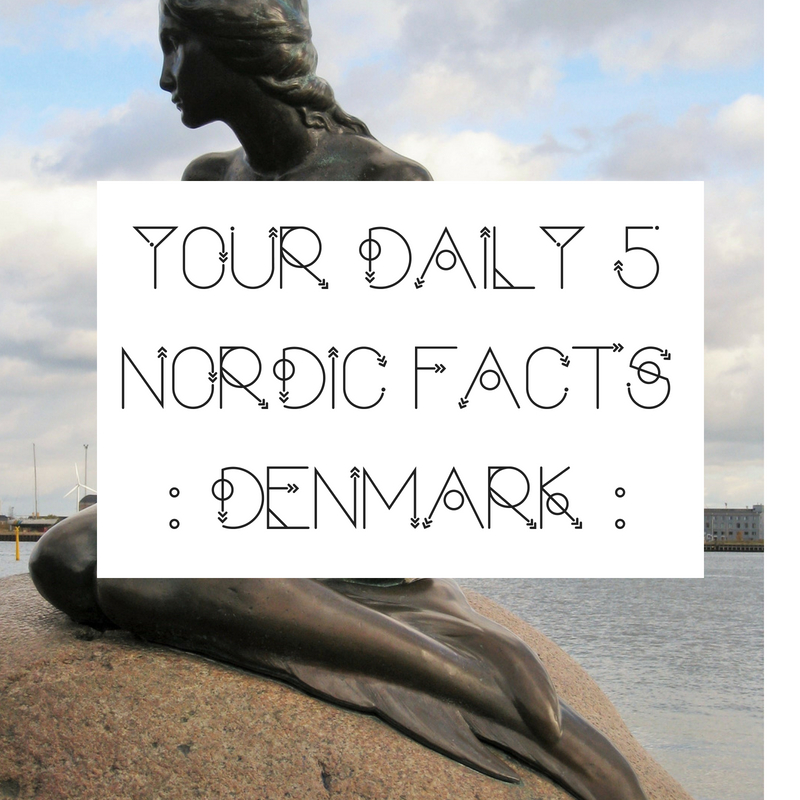 Sources that helped me find this stuff: FactRepublic.com,  LandLopers.com, Quora

Sources that helped me find out this stuff: FactRepublic.com, Quora

The other day I was (sadly) complaining about a book I’d bought and read recently called Scandinavians by Robert Ferguson.

I rarely buy myself to a brand new book, but I was so absolutely sure that Ferguson was going to offer me 455 pages of potentially award winning literature, that I shelled out the £12 it cost on Amazon – it’s very newly published – believing it would be one of the best investments of 2018. (I’d previously really enjoyed his book The Hammer & The Cross : A New History Of The Vikings.)

One of the best investments it was not, and I was so disappointed I almost cried when I was done reading it.

Let it be known that I really hate it when I have to complain about a book, and if I don’t enjoy something, it’s not often that anyone else knows about it. There’s enough negative energy surging through the internet as it is without me ranting about every book I haven’t enjoyed.

However, something GOOD actually came from my bad experience with Scandinavians. My dissatisfaction led me make a post about it on Facebook, which led to a friend suggesting I make a blog post about my 10 favourite books about the far north, which then led to this post.

Every book listed here has deeply enhanced my knowledge, understanding and love of the north…and if any of them have touched you in a profound way, please comment and let me know!

I’m also interested in any suggested reading you have for me. Oh, and a final thing, if Viking history is your passion, do check out The Hammer & The Cross. Ferguson got it very right with this one.

My copy of Arctic Dreams, the award winning study of the Arctic by Barry Lopez (also the author of the outstanding book Of Wolves & Men) has been re-read so many times the pages have shed their whiteness, and have taken on that comforting softness that loved books adopt.

Practically each page has at least two of three paragraphs underlined or highlighted, and it still holds Post-It-Notes from several years ago.

Using just the most sublime prose, Lopez honours the Arctic, its history and landscape, its people, flora and fauna. He examines our deep fascination with the Arctic and why we find such a hostile environment so inviting.

One of my favourite of the nine chapters, though it is SO hard to choose, is Tornarssuk, a wedge  dedicated to history, present and future of Ursus maritiumus aka the wandering king of the polar north.

This Cold Heaven By Gretal Ehrlich 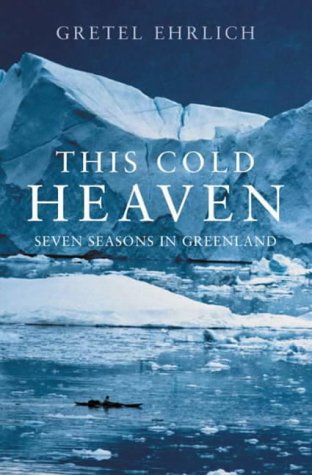 One of the best decisions I’ve ever made in my life was to invest in the writing of the goddess of the cold, Gretel Ehrlich.

Dedicated to ‘those who travel the path of ice,’ This Cold Heaven has everything you could hope to find in a book about the landscape, history and peoples of Greenland. I don’t actually have the strength to count how many Post-It-Notes I’ve crammed into it over the years.

In this spectacular work, Ehrlich provides an intensive, addictive narrative of her personal experiences travelling across Greenland (the largest island on earth, with all but 5% covered by a vast ice sheet) and her personal encounters with the Greenlandic Inuit.

It’s a book so wonderfully dense with wisdom that it’s virtually impossible to take in everything on the first read. You must return to it time and again to fully experience the ‘realm of the great dark, of ice pavilions, polar bears and Eskimo nomads.’

It was a happy accident that I encountered the novel Dark Matter by Michelle Paver in the library a few years ago.

Unlike her previous books for children, which I wasn’t too fond of, Dark Matter is unputdownable. I think I finished it in a night and was left gagging for more. It’s one of the best ghost stories I have ever read and I’m not exaggerating.

The story takes place in 1937. 28 year old Jack lost, lonely and poor, so when offered the opportunity to join an Arctic expedition, he leaps at the chance.

However once him and his team arrive at the uninhabited bay where they’re supposed to spend the next year, Jack begins to feel uneasy, and one by one, his companions start to leave…

The Magnetic North By Sara Wheeler

It was on one of my expeditions to Amazon that I found The Magnetic North by Sara Wheeler.

While her prose isn’t, I don’t think, as intense as Lopez or Ehrlich (and I favor intense) this volume about Wheeler’s travels through the Arctic is powerful, thought-provoking and, at times, immensely  poetic.

The variety covered in The Magnetic North is one of the things that’s makes it so readable, and by the end I was hugely envious of everything Wheeler had the opportunity to experience. I was particularly jealous of her time spent herding reindeer across the tundra with Lapps.

Magnetic North is a book which will make you think and think hard about the good, the bad and the ugly aspects of the Arctic. One of the ugly aspects that shook me the worst was reading about the bioaccumulated toxins in polar bears. 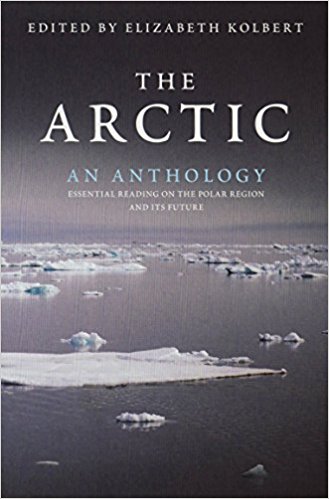 The Arctic : An Anthology Edited By Elizabeth Kolbert

In England, our best known bookstore is called Waterstones. It’s also the most expensive, and I could very rarely buy anything from there, unless I was in possession of a holy gift card.

At £8.99 The Arctic : An Anthology was one of the only things I could splurge on. But how it was worth it! It’s a close to perfect blend of writing about the science, nature, history, peoples and stories of the Arctic.

Published by Granta (one of my favourite publishers) The Arctic is an extraordinarily insightful read – though it’s FAR too short – featuring essential writings on our most precious polar region and its future.

Naturally Lopez and Ehrlich are in there, but there’s also works from the likes of Jack London, Rockwell Kent, Fridtjof Nansen and Knud Rasmussen.

There just aren’t enough books getting published that are really sold reads. (Though I hope to change this in the near future.)

The Almost Nearly Perfect People however, is EXCELLENT. Instead of relying on the accounts of others, Michael Booth explores the cultures of Denmark, Norway, Sweden, Finland and Iceland using his own eyes and experiences.

He’s a funny, insightful and intelligent writer who, while highlighting the great things about living in the north, brings it to our attention that, actually, shit happens in Scandinavia too, and it isn’t all as dreamy as so many of us have been led to believe. 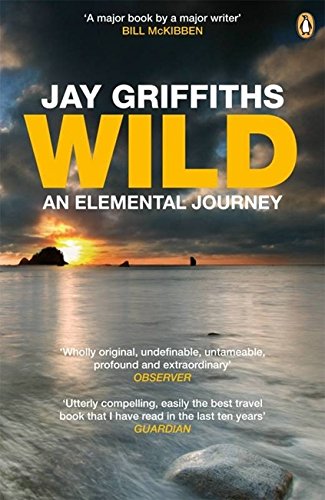 Wild is one of those books that changed my life. And I don’t say that lightly. I found it at random in the library back in 2008 and after reading the first page, clung to it like it was my life raft.

I ranted and raved to anyone who would listen, about Jay Griffiths enlightening work in which she endeavoured to explore the wildernesses of earth, ice, water and fire.

While it isn’t all about the north – there’s one chapter called Ice which is northerly focused – I thought it essential I mention it here because her experiences and thoughts of the north are so profound, so moving, so aware that she can alter your way of thinking in a heartbeat.

Griffiths is one of the most important nature writers we have. Her ear is forever pressed to the ground.

The Fellowship Of Ghosts By Paul Watkins

I can’t remember if my Dad bought my this or if I did…either way, it was found in Pound Land. Yes. One of my favourite books about the north cost a quid in a bargain shop. Why it was there exactly isn’t something I like to dwell on because this author deserves ALL the readers.

When it first arrived in my hands, I knew it was going to be a winner not only because of  it’s spectacular front cover, but because it was published by National Geographic, and National Geographic do not piss about. Everything they publish is of THE highest quality.

The Fellowship Of Ghosts is a compelling narrative about Paul Watkin’s solo trek through the wilds of Norway’s Rondane and Jutunheimen mountains.

His descriptions of the challenging terrain he encounters on his journey is nothing less than spellbinding, and his natural ability to to weave together the connections between the Norwegian landscape and the myths and people found there makes for an exhilarating read.

I was fortunate that back in England, my local library had quite the collection of Arctic literature, and among that collection was True North by Gavin Francis.

Although it’s been a few years since I read it, I can remember that I always had a pen and notebook so I could scribble down his impressions of journeying through the Shetland Isles, the Faroes, Iceland, Greenland, Svalbard and on to Lapland. (Envious am I? Naturally.)

True North is an engrossing insight into how the region of the Arctic has adapted to the 21st Century. I learned plenty from this book, and intend on returning to it asap to refresh my knowledge.

Faces Of The North By Ragnar Axelsson

I was first introduced to the work of Icelandic photographer Ragnar Axelsson in 2008 when I was at University and working on a novel about Iceland.

A teacher lent me his copy of Faces Of The North (not without a lecture on how valuable it was first off though, to ensure it was well looked after.)

From the moment I saw the cover (can you taste the salt of the sea on your lips too?) I was happily stolen away from my life in England. Naturally, I didn’t want to give it back to my teacher. The impression it had left was soul deep.

This art book is as perfect as art books come, and through around 100 heart-stirring photographs of Greenland, Iceland and the Faeroe Islands, documents the vanishing lifestyle of the north.