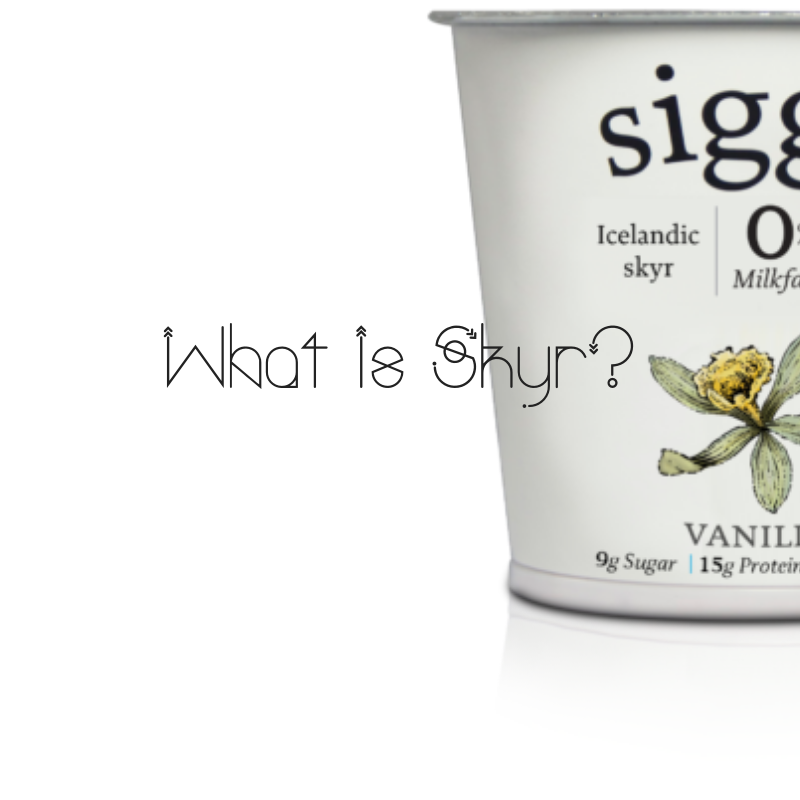 I spent three months in Iceland back in 2011 and I ate my body weight in Skyr. I tried every flavour I could and had Skyr withdrawal symptoms when I came home. I remember when Skyr first arrived in Tesco a few years later. I squealed and stashed a couple of tubs in my basket, ignoring the hefty Icelandic-esque price tag attached to them.

Once home, I promptly posted a photo of my Skyr to Facebook. My family, meanwhile, thought it bizarre me getting so excited about some dairy.

Pronounced skeer (with a slight trill on the r if you’re really going in for authenticity) Skyr is a cultured dairy product that’s been sustaining Icelanders since it was brought over from Norway in the 9th Century. Today, Skyr is probably Iceland’s most valuable contribution to the world’s culinary culture.

Uber, uber thick (yes, those two ubers are necessary) creamy and stacked with protein, Skyr has a tart taste to it. Icelanders traditionally eat it whipped with cream and topped with sugar. Though the most popular flavours among locals today are vanilla and blueberries. (I can vouch for vanilla. It’s awesome.)

While most people think of Skyr are being a yogurt, its technically a soft cheese. After the whey has been removed, it goes through a process of ultra-filtration, and that’s how it gets to be so thick you can stand your spoon up in it. 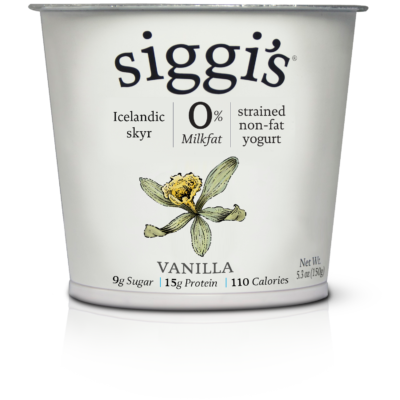 Although Skyr was hardly known about beyond the shores of Iceland for a thousand years, the word of this ‘superfood’ has spread worldwide, and it’s made some folks their fortune, including Siggi Hilmarsson. A native Icelander living in the US, Siggi found himself homesick for what had been a part of his staple diet back home – Skyr.

Using a recipe that his mother found (I think in some magazine from the 1960’s), Siggi started to make Skyr in his little New York kitchen. And it tasted like home. Within a few months, Siggi quit his day job, bought a bunch of dairy making equipment and boom, his Skyr making empire – Siggi’s Dairy – was born.

If, like me, you find yourself becoming just that bit obsessed with Skyr, get yourself to Iceland and visit the National Museum where you’ll find three Viking-era jars that contain Skyr residue. Now if that’s not cool, I don’t know what is.