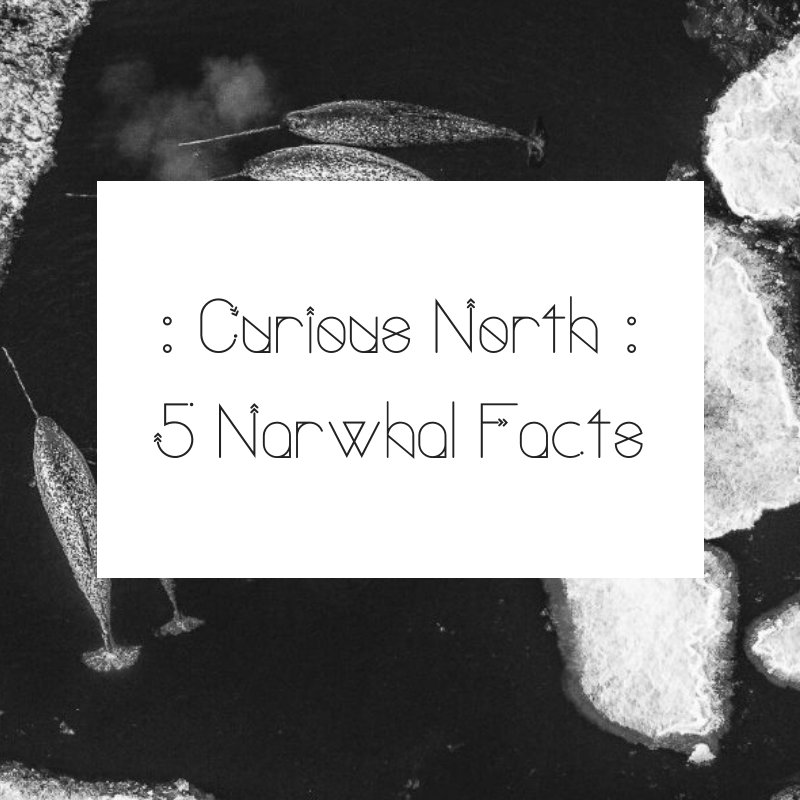 Narwhals Are Descended From An Evil Woman

In Inuit folklore, there’s a tale about an evil woman who kept her daughter well fed but starved her blind son. The mother and daughter feasted in secret on the meat of a polar bear the son had shot with a bow and arrow. The son didn’t know he’d killed it, what with him being blind, and his mother insisted it had fled. (For the record, his sister helped him get the shot. In some versions of the tale, she’s sympathetic to his cause.)

Eventually, the son’s sight returned and he found the bear’s skin outside their hut. One day, there was a pod of white whales which the mother intended to harvest, but the son had other ideas. He lashed a rope attached to a harpoon around his mother’s middle and harpooned a whale. The whale dragged the boy’s mother from the ice floe she was standing on and out into the sea. Her transformation into a narwhal began when she twisted her long hair into what we know as the narwhal’s distinctive spiraling tusk.

There Are None In Captivity

The last narwhal in captivity was in 1969/1970. It was an orphaned calf that had been caught at Grise Fiord in Canada (one of the coldest inhabited places on earth) and was airlifted to the New York aquarium. A month later and it was dead. At around the same time, the Vancouver aquarium captured six narwhals. Unable to handle the stress of captivity, they all died within months.

They Change Colour With Age

Newborn narwhals are mottled -blue-grey, juveniles are blue-black, adults are spotted grey and old narwhals are almost completely white. James Mead, the curator of marine mammals at the Smithsonian’s National Museum of Natural History says the speckles complexion of the narwhal is ‘weird’ as whales are usually a more uniform colour.

It’s Tusk Is Actually A Tooth

The narwhal’s tusk is actually an exaggerated front left tooth. (Its right tooth is smaller and remains inside its mouth.) While most teeth, humans included, have a hard exterior and a sort interior, it’s the opposite in the case of the narwhal. Covered in thousands of nerve endings, this tooth can grow up to ten feet long and is able to bend about a foot before breaking off.

Muktuk is the name for the Inuit staple of whale skin and blubber. Apparently, when it’s eaten raw, muktuk becomes quite chewy and tastes nutty.  However, ‘nutty’ isn’t how one writer describes it. When Abigail Tucker when to Greenland she sampled some muktuk and this is her experience: “With the tips of my fingers I seized a tiny, half-frozen piece of raw blubber, dunked it soy sauce and put it in my mouth. That first bite was exactly like chomping down on a thick vein of gristle in a great aunt’s holiday roast. It was tough as rubber, with a taste like congealed gravy.”